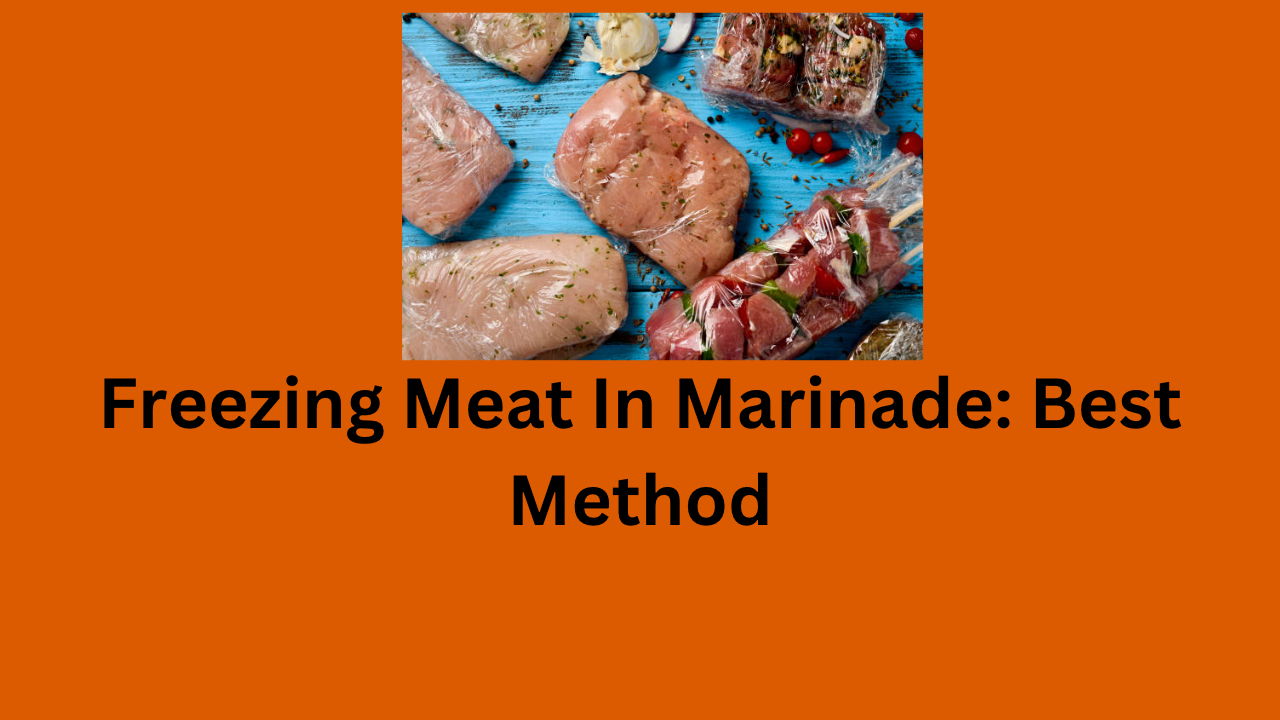 Have you ever wondered if you can freeze marinated meat? Or have you wondered what freezing meat in marinade looks like?

In this guide, you will learn about the method of freezing your meat in marinade.

One of the great ways to ensure a resultant dish is tasty and tender is through marinating. Moreover, you can freeze marinated meat for up to 3 months without losing its taste.

As a matter of fact, It’s best to freeze your meat before cooking it. You can then wrap the remaining and leave it in the freezer for several months, which would be fresh.

Now, let’s talk about the tips for freezing your meat in marinade.

Tips For Freezing Meat In Marinade

You can freeze your meat in a marinade using this rios below:

To marinate meat, you must leave it in the fridge for several hours before freezing it.

With this, there will be enough time for the meat to take on the flavors emitting from the marinade, which will help it taste delicious when you use it in the future.

While some people are okay with cooking frozen marinated beef immediately after removing it from the freezer, it’s still best to make it fully soft in the fridge before cooking it.

Moreover, frozen and unthawed meat may affect its texture.

It is advisable to marinate meat after removing it from the freezer.

If you know, you have enough need for marinated meat; you can divide them into portions and use them when you need them.

This way, you don’t have to worry about freezing them for the second time since you can freeze marinated meat for up to 3 months.

How to Freeze Meat in Marinade

When it comes to freezing marinated meat, the method is just the same as freezing normal meat.

The only noticeable difference is in the preparation so that flavors can infuse with the meat.

Here are the steps involved in freezing meat in marinade:

Cover it and place it in the fridge to allow enough time for the delicious flavors to infuse into the meat.

Also, ensure there are no rips or tears in the wrapping process.

Press out as much air as you can from the bag before tying it to protect the meat from freezer burn.

How To Defrost Marinated Meat

When it’s time to cook your marinade frozen meat, take it out from the freezer and place it in the fridge to defrost.

You can do this overnight so that the meat thaws completely before you set about cooking it. However, do not defrost marinated beef at room temperature, which can cause the meat to spoil.

Also, do not thaw your meat in the microwave, as it may affect its tenderness.

Freezing marinated meat is the same as freezing normal meat. However, the only difference is in the initial marinade preparation and also ensuring that the meat is well wrapped to avoid it from losing its flavor.

You can slice the meat up in portions before freezing it, then wrap each of the portions separately. This will make it easier when you thaw it in the future and means you won’t have to waste your best by refreezing it.

We hope that you have found this article about freezing meat in marinade helpful! Did you try this out? Could you share your thoughts with us?

Can I freeze meat that is already in marinade?

Yes, you can freeze meat that is already in marinade. It is best to freeze the meat and marinade together in a airtight container or plastic bag to prevent freezer burn.

How long can I keep marinated meat in the freezer?

Marinated meat can be kept in the freezer for up to 6 months. However, for best quality, it is recommended to consume the marinated meat within 3 months.

Do I need to thaw marinated meat before cooking it?

You do not need to thaw marinated meat before cooking it. In fact, it is often recommended to cook marinated meat straight from the freezer to allow the marinade to penetrate the meat while it cooks.

Will freezing meat in marinade affect the taste or texture of the meat?

Freezing meat in marinade may slightly affect the texture of the meat, making it a bit more mushy when thawed. However, the taste of the meat should not be affected.