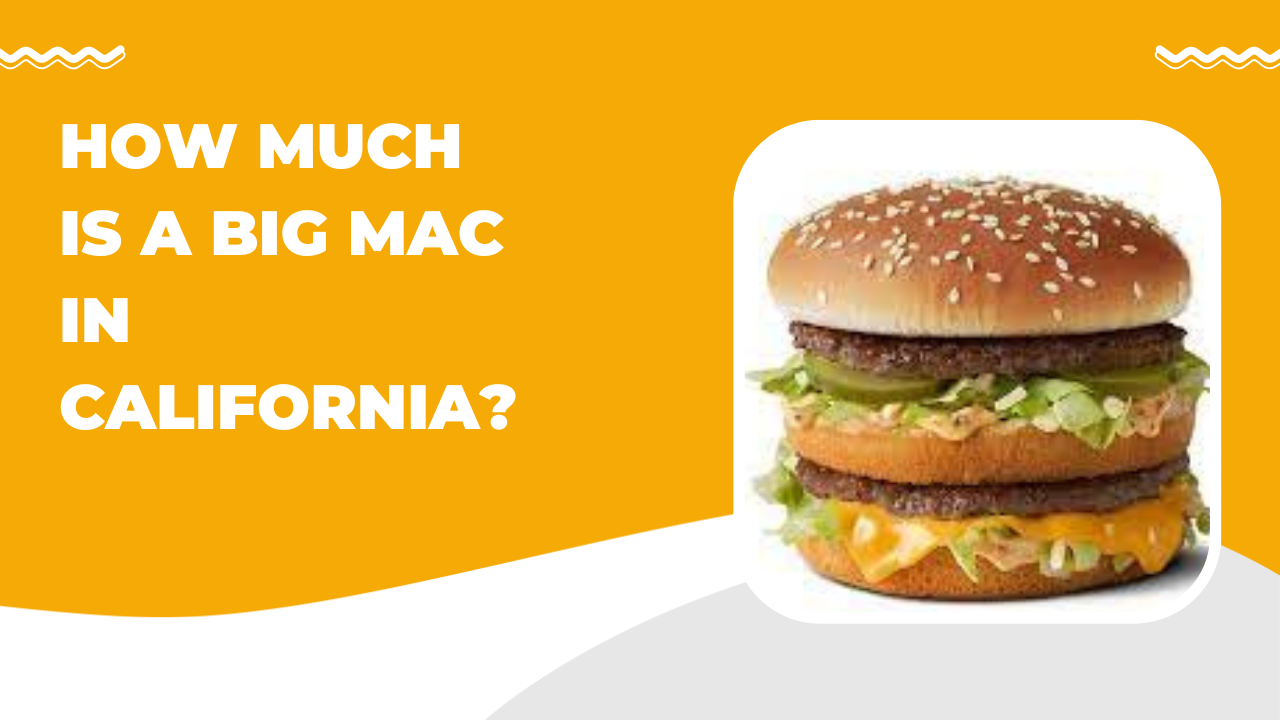 While we’d like to see the same prices for items on the McDonald’s menu across the United States, that isn’t the reality at the moment. Going by the reason for the disparity in prices, we can safely project that you’ll never buy a Big Mac for the same price in all US states anytime soon.

Many factors contribute to the final price of food items on the McDonald’s menu. If you travel a lot, you should already know that foods are more expensive in California than in most other states in the US.

To set realistic expectations for your stay in California, it’s not surprising to ask: how much is a Big Mac in California? In this article, you’ll learn how much the restaurant sells in California and some other popular places, and why the prices differ based on your location.

If you think McDonald’s is raising the prices of the items on its menu, it’s mostly because they’re doing it. Most of the changes are pretty subtle, but if it affects any food item that you like to order, it becomes very difficult to not notice the change.

Earlier this year, McDonald’s announced a 20% increase in the price of cheeseburgers after the item had remained at the same price for the past 14 years. The company’s CFO blamed inflation for the change, but that’s not even all you should be worried about.

In addition to announcing an increase in the prices, he also asked customers to expect smaller but more frequent increases going forward. He claimed the fast food outlet was planning to start raising prices by the fourth quarter of 2022, and it seems we see the fruits of his promises already.

So, yes, McDonald’s did raise prices, and yes, they will continue to raise prices more frequently in the future. However, most of the price increases are pretty negligible and likely won’t have much or even any effect on your experience as a customer.

How Much is a Big Mac in California?

If you’ve always thought you could get a Big Mac at the same price in every state in the US, you’d be telling yourself a humongous lie. There is so much disparity among the prices of Big Macs across the country that you can use it as an accurate measure of the general standard of living in a state.

When talking about prices, you can always trust California to top the charts, which is a weird flex. In Big Mac prices, California is unsurprisingly the state with the fourth most expensive Big Mac in the United States, beaten only by Hawaii, New York, and New Jersey.

Customers pay $5.11 for a Big Mac in California, excluding the prices for the drink and fries, if you’re into that. For perspective, the average price of a Big Mac in the United States stands at $3.99, selling for only $3.91 in Mississippi.

In short, if you tend to eat a lot of Big Macs, California doesn’t seem to be the best vacation destination for you. While you’ll find enough McDonald’s outlets around, how do you justify paying $5.11 for the same burger you can get for only $3.91 somewhere else in the US?

How Much Is a Big Mac Meal in California?

The McDonald’s Big Mac combo meal isn’t the same as the Big Mac standalone burger. Since you read down to this section, I have enough reason to believe you already know this to be true. If you don’t, however, don’t fret; I’ll explain what it means to you.

The Big Mac meal consists of the burger itself, served with fries and an icy drink. Since you’re getting more from the package than with a regular Big Mac, you should also expect it to cost significantly more, and it does, but how much is a Big Mac combo meal in California exactly?

The average price of the Big Mac meal in California is $10, but it gets cheaper in other parts of the US. While some people have it as low as $8, others have it even higher than California’s figure. If you’ll be living in a state with a high minimum wage, you should be able to pay for a Big Mac using an hour’s work.

Why is the Big Mac More Expensive in California?

The reasons for that aren’t farfetched. For one, labor is more expensive in California than in most other US states, and managers factor in the salaries of their employees when setting prices for food items. The federally mandated minimum wage in the US is $7.25, but California requires businesses with over 25 employees to pay $15!

As long as employers have to pay that much, the Big Mac will remain at its current price (or even rise in price).

In addition to the minimum wage question, the general cost of living in California is pretty high. Businesses pay a lot more taxes, spend more on logistics, and get ingredients for more than the average state in the US, making it difficult to keep prices the same as states that have it easier.

Why Did McDonald’s Stop All Day Breakfast?

Can You Order Regular Food at McDonald’s During Breakfast?

Judging by the price of a Big Mac, California is one of the most expensive places to live in the United States. The average price of a Big Mac in the state is $5.11, which is significantly more expensive than the national average of $3.99. Also, you can expect the prices to increase this year, as McDonald’s has promised “smaller but more frequent price increments.”

If you need to buy the Big Mac very cheaply, a state like Mississippi is your best destination.