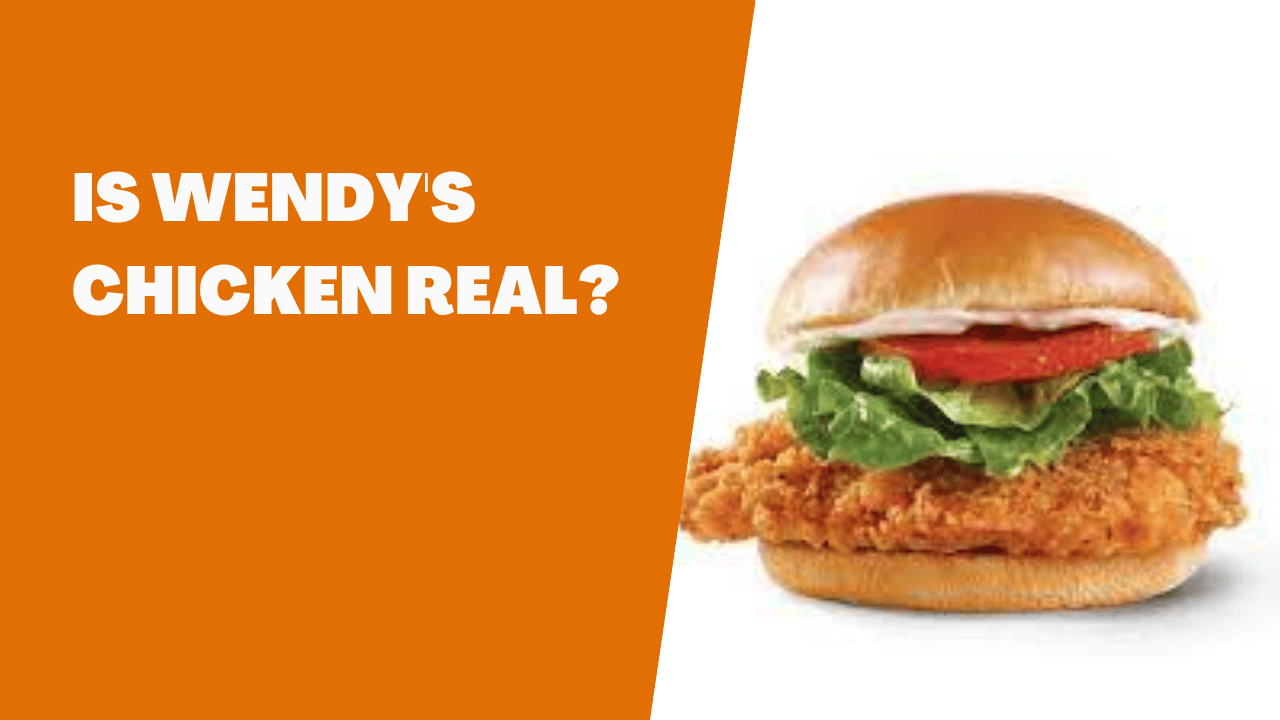 If you read the report claiming most of the chicken fast-food joints use is not real chicken, it will have you doubting everything you’ve ever believed to be true. You might have seen Wendy’s claiming they use 100% white chicken whatever, but does that even hold any water at this point?

There are so many questions you might have about Wendy’s chicken dishes, but the single most crucial one is if the restaurant’s chicken is real. It’s always safe to assume it’s not until it’s proven to be, but I guess this article will be the big exposé you need to determine the truth.

It’s not that hard to find a claim (from Wendy’s of course) that the chicken used in all of their dishes is 100% white chicken, but isn’t that what you’d expect from Wendy’s? Factually speaking, is Wendy’s chicken really as real as the restaurant wants to have you believe?

Upon inspection and study by different nutritional organizations, we can safely assert that there’s always chicken whenever Wendy’s lists it as an ingredient. Also, the restaurant uses real chicken, but whether or not their menu items are made of 100% chicken is another question entirely.

If you’ve read that Wendy’s chicken isn’t quite chicken, what the report is referring to is the makeup of the entire dish. Chicken nuggets, for example, only contain about 37% chicken according to Kaggle, a data science platform. Given that the nuggets are not just chicken, it’s understandable why that could be the case.

However, the remaining 63% could be anything, including a secret recipe Wendy’s has developed to taste like chicken. If they had something like that, it would be proprietary, wouldn’t it? No luck in finding out anytime soon.

What is in Chicken from Wendy’s?

One thing is clear: Wendy’s chicken is real chicken that goes through processing to produce what you see in nuggets and fried chicken sandwiches. While real chicken is a huge part of it, there’s more to what Wendy’s serves, as the restaurant itself agrees.

Wendy’s claims that it uses several ingredients to process the chicken they serve to make it the delicious lump of mass they serve you, which is them agreeing that they do add something to your chicken. However, when it comes to finding out what it is they’re adding to the chicken, there has not been any significant progress, and there’s no sign there will be either.

According to Wendy’s, some of what they use in processing the chicken, as well as the proportion in which they use them are proprietary company secrets that they can and will keep private. While that’s probably not the most convenient idea for customers, it sure is necessary to avoid competitors copying their secrets and outsmarting them.

Who Has the Best Fried Chicken?

Most US fast food outlets serve fried chicken, or at least, a fried chicken sandwich recipe. Since this article has already made it clear that there’s nothing very special about the chicken from Wendy’s, you may be open to trying it from other sources. So, which US fast food chains have the best fried chicken?

According to a Business Insider Lifestyle review, Popeyes is undoubtedly the best destination for fried chicken in the United States, followed by Church’s Chicken and Chick-fil-A. If good chicken is what you’re craving, you should just ignore KFC, according to the review. Surprisingly, Wendy’s wasn’t even part of the assessment.

It has been confirmed that the chicken breast used for Wendy’s chicken sandwich is real chicken breast. At the moment, I don’t know of any mainstream restaurant that uses artificial chicken, which might be a valid reason for you to stop obsessing over the realness of the chicken in your sandwich.

However, you should also note that the fact that the chicken is real doesn’t mean it’s 100% chicken. According to a statement from Wendy’s in response to allegedly ‘adulterated’ chicken, the company claimed to only use real chicken, but with preservatives and other ingredients to make it taste unique. While that is a good point, it’s just sad that we’ll never know what else they’re adding to the chicken breast because it’s proprietary.

Before I go on to answer the question, there’s a very crucial fact you need to know about: there’s no healthy fried chicken sandwich. Sure, you can balance it out by cutting down on the rest of your diet for some time after eating it, but in isolation, almost no chicken sandwich can be said to be healthy.

Not only is fried chicken one of the unhealthiest things you can eat, but they have insane levels of micronutrients like sodium. With these facts, the question changes from: is it healthy to how unhealthy is it? In short, how unhealthy is Wendy’s spicy chicken sandwich?

How Many Calories are in Wendy’s Large Fries?

Wendy’s chicken is about as real as a random chicken dish you make yourself at home. Contrary to what you might have read or seen somewhere on the internet, the company’s chicken should be regarded as real until you or anyone else can provide sufficient proof that it isn’t.