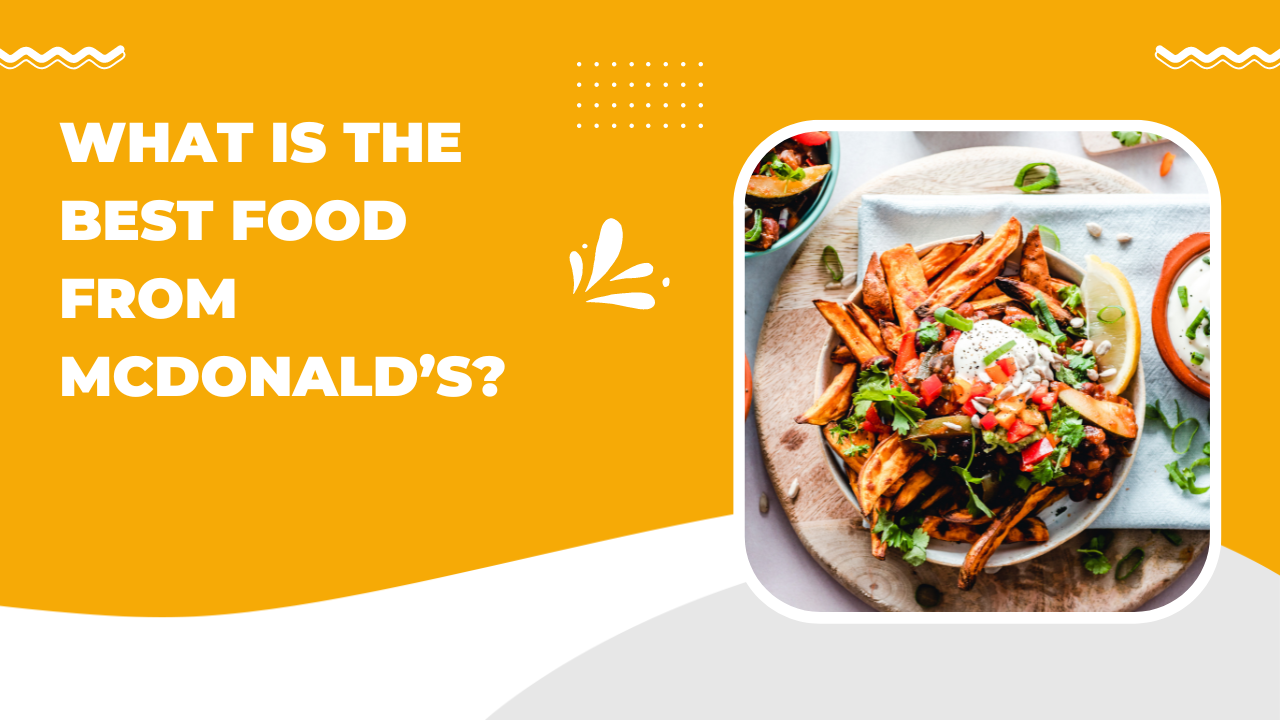 If you ever had a chance to get any meal from McDonald’s for free, you’d want to go for the very best, no doubt. While you could simply ask for the most expensive item on the menu, most people will agree that the costliest doesn’t always equate to the best.

What is the Best Thing to Eat from McDonald’s on a Budget?

When choosing the best item to eat on a budget, the healthiness of the food items isn’t usually a factor that plays a very important role in your selection. If you’re looking to pay the lowest possible price for anything, that automatically means you’re fine with sacrificing some of the quality.

As you may already know, McDonald’s is a pretty inexpensive chain in and of itself already, so, most of the items on its menu should be pretty affordable to you by default. If you’re trying to be as frugal as possible, however, there are a few cheap things to eat from the restaurant on a budget.

At the moment, the best thing to eat at McDonald’s on a budget is the McChicken sandwich, which costs only a dollar. It used to be the Bacon McDouble before the restaurant decided to up its price to $2, effectively throwing it off the list of the cheapest McDonald’s menu items.

The Sausage Biscuit, Sausage McMuffin, and Sausage Burrito are some other insanely cheap options you can get from McDonald’s on a tight budget. With all of these items costing only a dollar, you should be able to afford them all, even on your tightest budgets.

What is the Most Popular McDonald’s Burger?

About the burger, the Big Mac is McDonald’s most popular one, and that’s not very surprising to anyone. The burger is everyone’s favorite, with two giant beef patties and the special Big Mac sauce forced between Big Mac buns. It also contains American cheese and pickle slices that you’re going to skip anyway.

It doesn’t matter what people around you may say about it, the only truth about French fries is that a lot of people are buying them, and they’re eating them so much that it’s now McDonald’s most popular food item.

What is the Best Food from McDonald’s?

That’s why this article will list some of the best foods, give a quick description, and leave you to choose what is best for you. Without further ado, here are the best foods you can get from McDonald’s.

The Big Mac is McDonald’s most popular sandwich, ever, and it’s only behind French fries as the most popular item of all time. That alone is enough to earn it a place on one of the best foods from the restaurant, because if it’s not so good, why are people ordering it?

The Cheeseburger and the Double Cheeseburger are as similar as it gets, so, there’s no point in listing them as separate entries. That said, the only way you don’t like the cheeseburger from McDonald’s is if you’ve never tried it; it’s that good! It wouldn’t make it to this list otherwise.

French fries are the undisputed best food item if your only metric is popularity. As surprising as it may sound, it is the most popular food item of all time at McDonald’s, and even today, it’s doing numbers that no other item on the McDonald’s menu can try. No doubt one of the best foods from the fast food outlet.

While French Fries remain McDonald’s top-selling item of all time, Hash Browns managed to beat it for the top-selling side of 2021, somehow. I still maintain the belief that people only buy things because they’re good, so it will make no sense to exclude this from the best foods from McDonald’s.

I don’t get the hype around McNuggets, but I understand they’re a favorite menu item for a lot of people. You can get chicken nuggets almost anywhere, but who makes nuggets better than McDonald’s? The McNuggets are arguably the best thing you can get from the restaurant.

How Much Is a Big Mac in California?

Are Hash Browns All Day at McDonalds?

There are so many awesome food items in McDonald’s that choosing only one as the best feels like cheating on the rest. However, there are acceptable metrics to determine foods that people like the most, and going by those, I’ve outlined the best foods you can get from the restaurant.