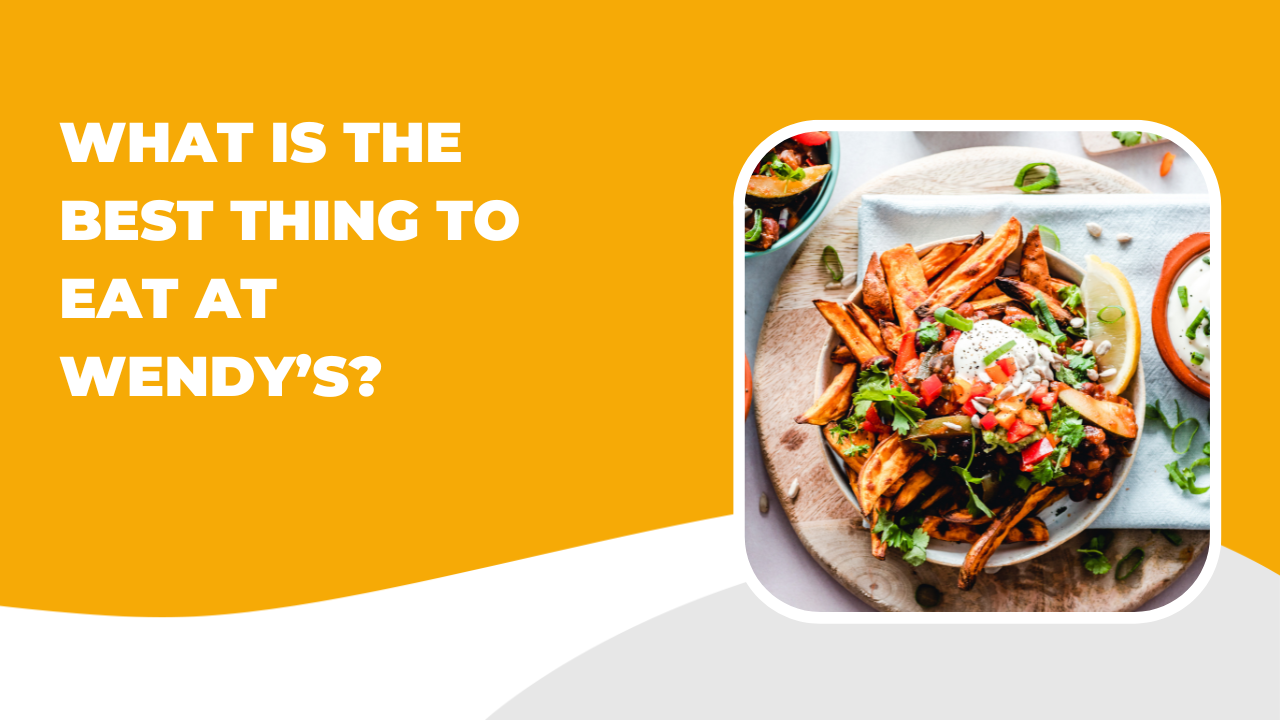 One of the most boring activities is having to choose from a sea of items on a menu, especially when it’s at a restaurant with as many options as Wendy’s. If you’re not used to eating out at Wendy’s, you may have a hard time choosing the best thing to eat at the restaurant.

There are many items on Wendy’s menu: salads, fries, hamburgers, chicken sandwiches, and kids’ meals, to mention but a few. Nearly all the items on the menu are good enough for a quick lunch or breakfast (as the case may be), but what’s the best thing to eat at Wendy’s overall?

What is Wendy’s Most Popular Burger?

One pretty accurate way to determine the quality of a restaurant is by looking at the most popular item on its menu. You usually don’t get something better than the most expensive burger at most fast-food restaurants, unless, of course, you’re choosing the best by the nutritional value.

There isn’t enough data out there to pick Wendy’s most popular burger confidently, and frankly, there are lots of good contenders. From the divine Baconator to the loved Dave’s Double, there are several contenders, and you can’t go wrong with choosing any of them.

If I’d take a wild guess, the Baconator should easily be the most popular burger at Wendy’s. The burger is simply the most perfect thing out there, and it’s not even close. Unless you’re looking at offerings from other restaurants, you simply can’t get anything that comes remotely close.

The Dave’s Double is another popular Wendy’s burger that comes close to perfection. It’s smaller than the humongous Dave’s Triple but bigger than the little Dave’s Single. If you’re after the satisfaction that comes with being moderate, you can never go wrong with Dave’s Double.

What Food is Wendy’s Known For?

Wendy’s is known for a lot of different food items, which isn’t surprising when you consider the restaurant’s popularity. While I couldn’t tell you the most popular burger confidently, the food Wendy’s is best known for is not in doubt, and most customers know it pretty well already.

It’s hard to talk about Wendy’s without mentioning the Baconator, which is (in my opinion) the best-named burger in the United States. If you’ve tried the food item, you should already know why it’s called the Baconator. For our uninitiated friends, it’s simply because of the six slices of bacon in the burger.

The reason for the Baconator’s popularity is more than just the awesomeness of the burger: the efforts of Wendy’s to make it very accessible also play a huge role.

If the full Baconator sounds like too much work for you, you can make do with the Son of a Baconator. Early risers can also get a breakfast version of the item in the Breakfast Baconator. While competitors like McDonald’s and Burger King made their flagship options unavailable at certain times of the day, Wendy’s went out of its way to ensure you can always get a Baconator.

Is the Baconator Good?

The Baconator is not just good, it’s simply the best item on Wendy’s menu, and this isn’t even me speaking. Go around the internet, watch videos, read reviews, and try the items on Wendy’s menu yourself; there’s no way you’ll be choosing something else over a Baconator.

The “goodness” of the Baconator won’t be very unsurprising when you take a look at the ingredients that holds everything together. With two quarter-pounder never-frozen beef patties, two slices of American cheese, and six slices of bacon, all topped off with ketchup and mayo finishes, it would be a surprise for it not to taste good.

However, that’s speaking strictly in terms of taste; when talking about the nutritional value or some other arbitrary metric, the answer to this question might change. It doesn’t matter how “bad” it is in nutritional terms, you should be able to treat yourself to one every once in a while; it’s that good.

What is the Best Thing to Eat at Wendy’s?

I’ve hyped up the Baconator so much that the answer to this question is already too obvious. However, we can create a twist by listing some of the best items to eat at Wendy’s instead of just throwing another Baconator at your face.

If there’s one thing you’ll never miss at Wendy’s, its good food. There are tons of exciting options on Wendy’s menu and here are a few to try (apart from the Baconator, of course).

Even if you’re not a fan of chicken sandwiches, you’ll still fall in love with this one from Wendy’s, and that’s almost a guarantee. This sandwich takes Wendy’s famous spicy chicken and sandwiches it between its premium buns while topping it with mayo, lettuce, and tomato.

Next to the Baconator, the Dave’s double is the next best burger you can get at Wendy’s. It stays moderately between the small Dave’s Single and the massive Dave’s triple. Unless you intend to fight your burger before you can have a bite, the Double is always the best option.

Do you want chicken but not a chicken sandwich? Then, you may want to try Wendy’s Spicy Chicken Nuggets. I’m not a fan of anything spicy, but these nuggets are so good that you’ll easily forget they should be hot.

How Much Is a Large Fry At Wendy’s?