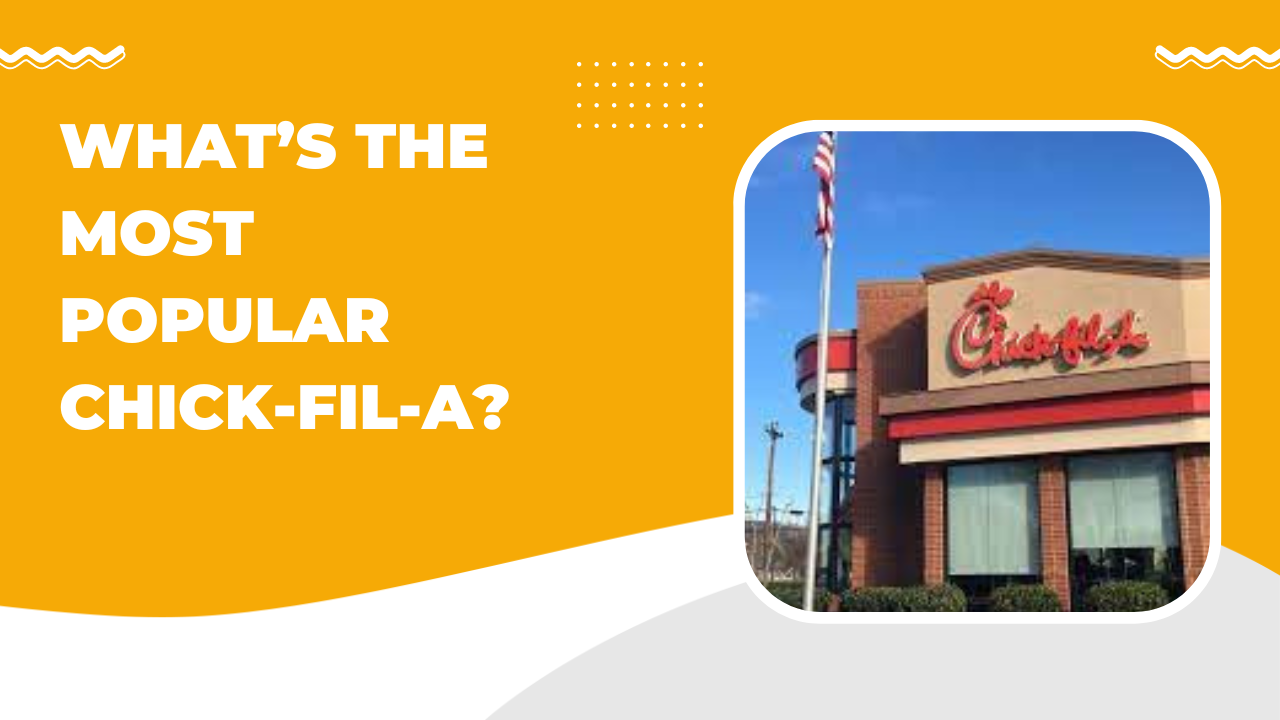 If you’re patronizing a new restaurant for the first time, there are different ways to decide what to order. You can ask for the full menu and spend hours going through it, only to order what you think is the best item; and it usually isn’t.

On the other hand, you can follow the crowd and go with the most popular food item they serve. While that mightn’t be the healthiest option, it’s undoubtedly the best if you’re looking for something you’d like. Judging foods based on their popularity is simply learning from the mistakes of others.

If you also think it’s a good idea, I just might be able to help you out here. In this article, I’ll show you some of the most popular food items you can order from Chick-fil-A. There will be separate breakfast and lunch lists to ensure you get ideas of what to order at any time.

What is the Most Common Chick-fil-A Order?

The most commonly ordered item at Chick-fil-A isn’t a sandwich or a salad; it’s the chicken nuggets. You don’t get any real food on the popularity lists until you get to the third most popular item, which is the chicken sandwich. While that may sound odd, it’s not very surprising.

Another interesting fact you may want to know about is that Chicken Nuggets have come top on the popularity charts at Chick-fil-A for the third year in a row, with no signs of slowing down. Given how much I love those nuggets, I can’t disagree with the statistics.

What is the Most Popular Chick-fil-A Breakfast?

Some of the most popular items on the Chick-fil-A menu are unavailable in the morning. Most restaurants, Chick-fil-A included, separates their menu into breakfast, lunch, and dinner menus, serving a different collection of foods for each. While the preceding section has provided the most common Chick-fil-A order overall, it hasn’t offered any insight into the most popular breakfast item.

At the moment, Chick-fil-A’s most ordered breakfast item is the highly-adored hash browns, and that’s not surprising. Given that the restaurant is arguably the best maker of hash browns in the country, it’s not very surprising that the item is also its flagship breakfast item.

If you’re curious about some of the other popular breakfast items that Chick-fil-A serves, the Chick-fil-A chicken biscuit happens to be the most popular. This fact doesn’t seem surprising when you discover that the original chicken sandwich is also one of the most common orders on the lunch menu.

What’s the Most Popular Chick-fil-A?

At this point, it’s already clear what Chick-fil-A’s most popular order is: Chicken Nuggets. However, that wouldn’t be very helpful if you’re trying to get a normal meal like a burger or something. To make the entire article more helpful, I’ll list some of the most popular items at Chick-fil-A.

While the Chick-fil-A Nuggets remained the all-time most popular item, it was no longer the most popular throughout the year by 2021 data. Statistics show that people have moved on to Waffle Potato Fries, an item selling like hotcakes in every part of the country.

In addition to all those, different kinds of drinks also made the list of the most popular items at Chick-fil-A across the country. Soft drinks topped the list, followed by Regular Lemonade and Sweet Iced Tea. When dining at Chick-fil-A, there are just so many great options.

Why is Chick-fil-A So Popular Now?

It can only be delusional to claim Chick-fil-A isn’t one of the most popular fast-food joints in the United States. Not only is it more popular than ever, but it also seems to be growing in popularity over the years, showing no signs of slowing down. So, why is Chick-fil-A so popular now?

One of the most crucial reasons why Chick-fil-A is so popular is its accessibility. Nobody is willing to drive four hours to get to any restaurant, regardless of the quality of their food. Since everyone has a Chick-fil-A almost next door, most people won’t have to drive several miles.

Another reason could be the food taste and quality. You can hate Chick-fil-A for other reasons, but one thing you have to admit is that the food does taste pretty good. When you compare the healthiness to offerings from similar fast food outlets, you’ll notice that the restaurant’s food is on an acceptable level of nutrition.

Finally, the excellent dining experience at Chick-fil-A is enough to make you want to go there every time. The dining area is neat, the employees are kind, and the drive-thru experience is second to none. All of those factors contribute to the tendency of customers to return every time.

Why Does Chick fil A Make Me Poop?

Popularity is one of the best ways to choose what to order in a restaurant like Chick-fil-A. There’s enough sales data for you to know what others love, and you can learn from their likes and dislikes to get the best of Chick-fil-A for your money.